Radical Humilty: What's more important? People or Everything Else 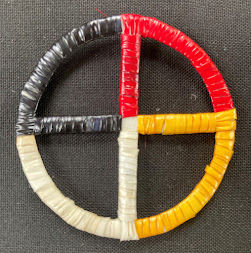 What's more important, people or the earth? Extinction or a future?
The medicine wheel tells us that we are one of many, and no more important than the others. All points of the circumference are equal distance from the center. We are all in this together.
Last week the artic was 30 degrees higher in temperature than the average for the day. On the same day Antarctica was 70 degrees higher in temperature than the average for the day. Was it on the news?
Politics was on the news. Conspiracy theories were on the news. War was on the news. Entertainment was on the news. The state of Earth was not on the news, and will be our doom in the next few decades. We are at the point of no return.
But gas prices are important because we have to keep driving low milage suv's without need, rather than conservation of gas and or driving smaller vehicles needing less gas or creating energy with other sources.
Eating beef and killing wolves are more important than working with ranchers to find other markets less invasive.
Eating food transported across the country and world is more important than eating local seasonal produce, dairy or meat.
Single use plastic packages and plastic grocery bags are more important that micro-plastic that starves animals and takes nutrients from the water.
Having stuff is more important than conservation, lessening trash and cleaning up landfills.
We are conveniently on our way to extinction.
Radical Humility asks if we are more important than the rest of earth? Can we release our egotism to favor benefit beyond our own species? We won't live without animals or plants or water. Seven generations depend on our answer, but it won't take that long to loose God's gift to us, Earth.
We won't live without her.
She will live on, we won't.
How can you practice radical humility?
on March 31, 2022 No comments: 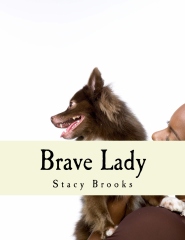 The remarkable true story of a Rez dog named Lady and the gifts of trust.

The illustrations are a lot different than the look of the cover, but it's ready for use.
on May 04, 2020 No comments: 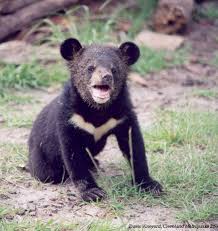 Bears and people have a complicated relationship. This is true today told in stories of encounters. Cherokee bears tell stories of culture. Cherokee myths describe their familial relationship with bear. 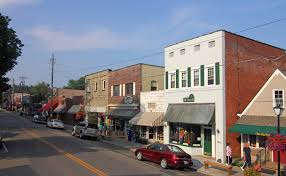 Visit the Town Square area and learn background and stories telling of the rise of the Town of Blowing Rock.

Myth is more than just a story. It is a story that combines many aspects that interplay with each other, creating a depth of meaning for an individual as well as a community or culture.  Myth is a complicated system.  A partial list of aspects includes: archetypes, history, religion/ritual, language, written language, oral tradition, ecology of a region and psyche. In order to study myth, all of the aspects must be considered as a system, in a holistic manner. None of the elements of myth can be separated from the other elements. For example, a universal archetype is expressed in a variety of images. These images may vary in a manner that also expresses and individual’s life history, cultural identity, emotional associations to the image and how the image may present in the local ecology.

Relationships are always an underlying theme of myth. Change, whether universal, communal, familial or individual, is created by one element or character acting, intentionally or passively, on another. Intricate interactions create symbolic meaning. Ecology also tells the story of intricate interaction of the participants in relation to the other participants.

Both myth and ecology have profound complexity that requires systemic explanation and study. Studying one aspect in isolation changes the meaning of the story of the whole. The association of myth and ecology is useful in this systemic manner but also helpful to develop the meaning of relationships found in the natural environment and as described in myths of each culture.

Many indigenous tribes in North America use the symbol of the Medicine Wheel for prayer and ritual. It is a symbol of balance and harmony and representing the entirety of creation. The simple eloquence of the circle and four cardinal directions allows associations of different concepts to be assigned in various ways, according to personal and cultural associations. It can also be a tool to study ecological system holistically, including the study of myth. I will describe the medicine wheel as I have practiced personally and combine aspects of the system of myth as I see them relate, but there are no essential rules to the associations whether as an individual or tribe.

The elemental association for each direction provides the root to where the other aspects fall. Water is that root in the West. Water is rhythmic, depth, black in its depth. The clouds of powerful storms and the night sky providing dreams originate in the west. Myth logically, archetypes expressed in dreams, emotions and dream symbols lie here. The importance of these symbols is discussed by Marie von Franz in that they not only express an individual’s thought process and emotional response but also the character of the culture where it thrives. (10, 26)

Quarters between the cardinal directions combine aspects of both borders. Aspects of the North and West are contained in the top left quarter, where cultural traditions, including ritual and religion and cultural or national symbols are at home.

One example of symbols of this type is the Thunderbeings of several plains tribes. Water of the rain and fire of lightning combine. The live in the clouds and flash lightning bolts in their eyes and explode at their fingertips. They are contraries, meaning their actions are taken in opposite methods and directions as the rest of traditional life, as the storms and whirl winds spin counter clockwise in the Northern hemisphere.

Fire underlies the aspects of the North. Spirit is the plasma of our soul, expressed through ritual and religion, history and taught by the elders. The rainbow combines the colors of light into white light; the same color of the Arctic and hair of the elders.
Combining aspects of the north and east create oral traditions, story, transition from spirit to birth including ancestors and reincarnation. The transition of history to literature and myth described by Paul Zoloft as that from prehistory to a gap of proto history into recorded history. (notes, 522) A process seemingly not linear in essence.

Air is the element that describes the East. The day begins as the yellow sun rises in the eastern sky, as babies are born to their life. Our intellectual skill, and their ideas are abstract and invisible as the air that sustains us. Smoke from the pipe carry prayers to creator and is the base of spiritual ritual for many tribes.

Some of the strengths of western culture are located in the southeast, combining mental skill and intellect with the physical world through science, literature and memory. Technologies bridge the south and east assisting us physically or boosting our skills to be quicker, easier or better, just beyond our own limits.

Earth solidifies or experiences. It is the physical world, our bodies, flora and fauna and the environment we are a part. Adolescents search for their identity. Care for our health, as well as the healing herbs, are placed in the South.

Completing the circle in the southwest combines aspects of earth and water. This is where the psyche and emotional center of the brain lie. The unconscious and complexes we contend with are located here. Amphibians, frog and salamanders, guide us through this quadrant.

Ecology is a part of the southern point of the Medicine Wheel and is a base of all cultures. People need people. Human beings are social animals and as such evolved to rely on each other for survival. Humans must rely on the natural resources of the area for survival as well. It is through these essentials that language and myth developed, to communicate to others, where to find resources, give instructions, bond emotionally and teach children. Observations of animals, plants and other natural resources led to knowledge of what can be eaten or used for clothing or medicine. Stories were told to provide information and teach children in a more easily remembered method, as well as entertainment, bonding families and communities together further. Myth expanding the teaching of experiences of the lifetime journey.

Indigenous tribes in North America share many ideals and concepts in their spiritual cultures but the specifics of expression and symbols vary. Differences in the biome that each live can explain some of these differences. For example, corn is a staple of many tribes of the southwest and southeastern tribes, but the manner corn is grown and variety grown differ according to conditions of each locale. These differences extend into all areas of the necessities for survival and human expression.

Within our own urban environment, we can observe our own values and neurosis being expressed. Glen Slater teaches this as “identifying the fantasy underlying” the artifact whether a film, cultural symbol or building just to name a few.

Coming to the center of the Medicine Wheel is the process of individuation. The paradoxes of the opposite cardinal direction asks for balance and harmony to reconcile, come to the center or the self. There is no emphasis of any one direction except towards balance. Truly, nature nurtures every aspect of our life and psyche.

Medicine is a very different and more extensive concept in Native American culture compared to western culture. In an earlier example, corn has medicine. Some of this medicine is the same for each tribe; its ability to feed people, but some will differ or be more or lesser emphasized culturally. The different treatment of corn by the Navajo and the Iroquois is very noticeable. Navajo emphasize its importance much more. It has a more prominent place because it is much more a sustaining crop in the dessert where little variety of food vegetation exists, compared to the woodlands of the Appalachian Mountains where there is an abundance of options.

Medicine plays a part in depth psychology as well. A symbol is an expression of medicine. Each culture and individual has a slightly different view of its meaning yet the major concepts are similar. The differences occur because of the experience within the environment of the culture or individual lives. There is also a synchronicity to medicine. What medicine a person has may not be obvious. Hints occur through dreams, visions but also an individual’s encounters or personality traits. Similar to Jacobi’s explanation of complex, a medicine permeates and effects intricate motivations and interactions: “clearly shown by dreams [complex] may appear in personified form.” (12)

Simple and elegant paradoxes and cycles become visible. A total picture can be provided so that what has been addressed or over looked can be determined. Relationships can be identified and/or manipulated so other associations and connections can be considered. Because there are no musts in the organization, the Medicine Wheel can be changed to our own resonance and understanding.

Anchored in the ecological, natural world, the Medicine Wheel is a tool that directly links to the ecological system of myth and provide a visible model of those relationships to all the other variables and therefore the effects of one member to the other. Human Beings have a unique struggle to the center of the Medicine Wheel, called individuation. But this does not mean Humans are better. The rest of creation is already there.

Radical Humilty: What's more important? People or Everything Else